Blog
About Oxford: What to see and do.
Why Learn English in Oxford. 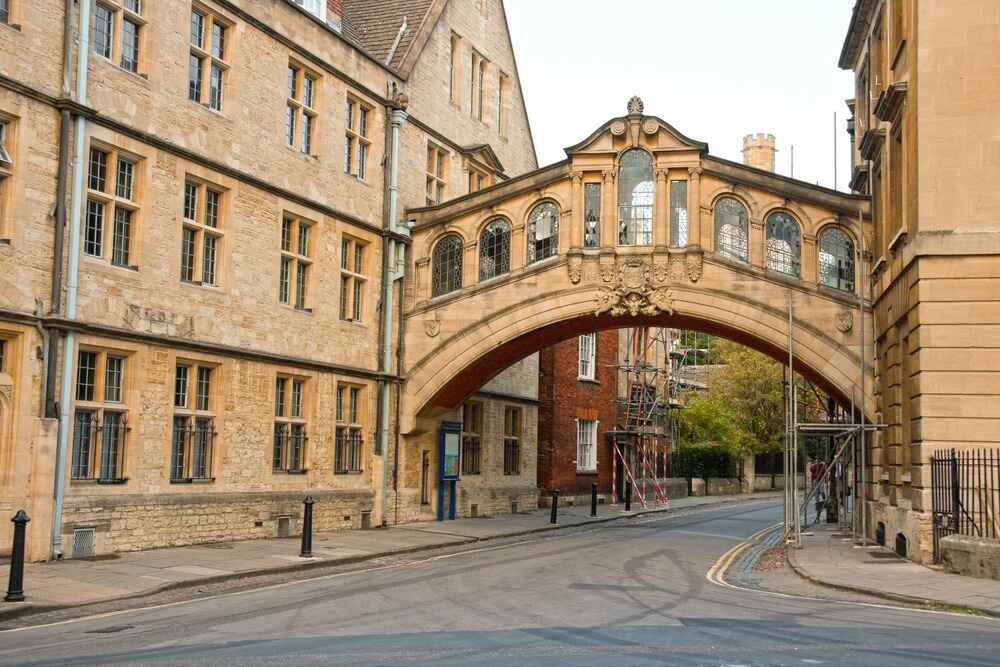 Oxford presents itself as an irreplaceable combination of an intellectual, modern city and a medieval gem. One minute you will be surrounded by people and the next, taking a stroll through a serene park filled with flowers. The city has more to offer than education – lots of unique cafés, authentic shops and great restaurants.

Oxford is located in the South East part of England in the Oxfordshire region. It the 52nd largest city in England, globally known as the location of the Oxford University.

The city was founded during the Saxon era in the 8th century. During the Norman invasion in 1066, the city was greatly damaged, after which the Oxford Castle began building. It was supposed to serve a military purpose, but that has never happened. Although originally significant for its location, after 12th century, Oxford was simply known as the place where its University lies. Oxford is a very eclectic town with a colorful blend of different ethnicities.

Though the city is most famous for the Oxford University, once you get to know it, you’ll soon discover that the city has much more to offer its visitors. From historic landmarks and museums, to various authentic cafés and parks, Oxford is much more than an educational centre.

Ashmolean Museum of Art and Archaeology is the no.1 museum to visit when in Oxford. Since it is extremely large, it’s wise to leave enough time to fully explore everything the museum has to offer. Make sure not to miss the Egyptian art exhibit, as well as dinning in the rooftop restaurant with a stunning view. In addition, the entrance is free of charge.

If you are searching for something a little more unique, Pitt Rivers Museum is the place for you. It houses a massive archaeological and anthropological collection of over a half a million artefacts. It beautifully depicts the full journey of human evolution through displaying numerous objects, from prehistoric objects to the more bizarre things, such as shrunken heads and the cabinets of horrors.

For avid readers and literature lovers, there is the Bodleian Library. With over 11,000 books and impressive architecture, you are guaranteed to leave fascinated. Booking a tour is recommended, since their guides will tell you a lot of interesting things about its history – it’s worth it.

University Church of St. Mary the Virgin is the largest church in Oxford with an impressive view from the top of the tower. This Baroque beauty was built in the 11th century and served as the first building for the University.

It’s a bit unusual, but in the middle of the University complex, you will find a castle that served as a prison until 1992. The guided tour is really interesting and gives you an opportunity to learn a lot about the castle’s history, so it will be money well-spent. You will also get to hear a lot about how prisoners were treated and visit different parts of The Oxford Castle. It’s a definite must-see.

After all the sightseeing, you can take some time to relax and process everything you’ve seen. The best place to do this is in the Botanic Garden – the oldest botanic garden in England. It has over 8,000 different plant species and a very serene and calming atmosphere. It’s the perfect place to breathe in some fresh air and reflect.